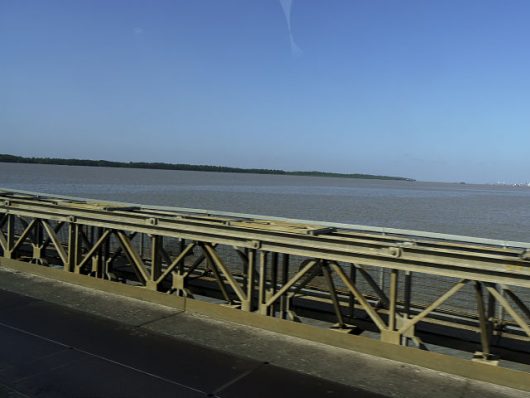 Guyana is a small nation of around 740,000 people in northeastern South America, sandwiched between its much larger neighbors of Brazil and Venezuela. While infrastructure in Guyana is sorely lacking and the nation missed out on the commodities boom that enriched much of Latin America in the past decade, the country is now on the verge of an unprecedented oil windfall that could provide it with hundreds of billions of dollars when oil begins to flow in 2020.

Despite the allure of black gold, the government of President David Granger is embarking on an ambitious plan to build green energy infrastructure in Guyana. The aim is to export virtually all oil and gas and instead use renewable energy to power the country’s small population.

Infrastructure that will need upgrading includes the port of Georgetown, the capital; paving of unpaved roads beyond the capital and linking to borders with Brazil and Suriname and air and ferry links to neighboring countries in the Caribbean.

While it waits for the revenues to flow from the oil exploration contract with ExxonMobil and other partners, Granger’s administration is partnering with the Chinese government to improve infrastructure in Guyana. The most recently approved project will widen the East Coast Demerara road, an important coastal highway in Guyana that links many highly populated villages to the capital.

Beyond investments from Beijing, the government receives aid from the Inter-American Development Bank (IADB) to build much-needed roads and highways and upgrade transport infrastructure in Guyana. The IADB is investing $24.3 million in a loan to rehabilitate bridges and culverts that connect major coastal highways in Guyana, helping the country maintain and expand its road network while also upgrading conditions to ensure better safety.

In addition to better transport links, oil infrastructure in Guyana must be upgraded if the country is to reap the full benefits of its game-changing oil discovery. The estimated four billion barrels in the find could eventually be worth more than $300 billion at current prices.

“It’s not often that a country goes from 0 to 60 so fast like this,” said Matt Blomerth, head of Latin American Upstream Research for consultancy firm Wood Mackenzie, to the New York Times. Such a whirlwind infrastructural improvement bodes well for the nation of Guyana, and time will tell if this newfound optimism proves fruitful.