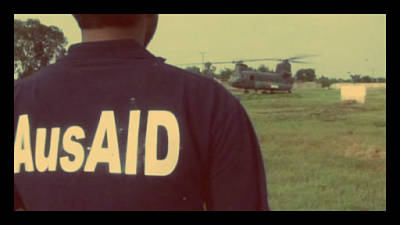 Recipients of Australian foreign aid are up in arms today following a release by the government showing a significant slash in the aid budget. In a mini-budget produced by Treasurer Chris Bowen, the foreign aid budget fell by AU$879 million (approximately USD $782 million). In addition to this cut in expected funds an additional AU$420 million of the appropriated funds will be rerouted to serve Australian asylum-seekers routed to Papa New Guinea.

Overall aid spending will still increase by 26% but the cuts will be felt by Australian aid recipients. The aid budget is projected to reach AU $5.7 billion in fiscal year 2014, which will be the largest aid budget yet for Australia.

Individuals from international development organizations have spoken out against this rerouting of funding. Kelly Dent, a spokeswomen for Oxfam, said, “The purpose of Australia’s overseas aid budget is to fight poverty. It is not an ATM for the government to meet its domestic financial commitments.” Aid recipients have pointed out that the fluctuation of the aid budget forces them to operate in an uncertain funding environment. Those hurt the most will be program recipients in the Middle East and Africa.

Mr. Bowen stated that Australia will still meet its target of foreign aid reaching 0.5% of gross national income (GNI) for 2017/2018. However, this is a push back from the targeted 2016/2017 deadline.

The aid cuts have surprised some because Australian aid was expected be treated more favorably by Prime Minister Kevin Rudd’s administration. Prime Minister Rudd, historically a strong supporter of foreign aid, appointed Australia’s first development minister since 1996. However, the aid cuts come amid an overall budget decrease of AU $17.4 billion. The government blames the massive deficit revealed as a result of GDP slowdown and a reduction of expected tax receipts. This is discouraging news for the Labor party as Australia heads into federal elections this year.