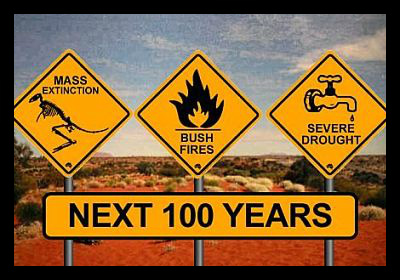 As over 60 major wildfires blaze a path toward Sydney, Australian Prime Minister Tony Abbott dismissed the UN’s statement that the fires are directly linked to climate change. Australia’s rejection of the years of scientific studies that informed the UN’s statement is a sad conviction for a nation that will experience even greater harm from environmental degradation in coming years. It also draws attention to the growing necessity for a strong UN in the modern world.

If countries like Australia, the USA, China, and Russia continue to pursue energy agendas that do not adapt to the imminent environmental reality, the consequences could be among the worst experienced by humanity to date. And the belligerence demonstrated by Mr. Abbott and Russian Prime Minister Vladimir Putin suggest that no changes are forthcoming.

Nation-states are not the only players on the scene; international corporations are often as powerful as national governments – and among the largest of them all are petroleum companies ExxonMobil, Shell, British Petroleum, and China National Petroleum Company. These corporations depend for their annual billions on the very substance that is most singularly responsible for the environmental crisis, and are therefore singularly committed to blocking any energy solutions not directly produced and patented by themselves.

It is for this reason that the UN finds itself in the position of unsurpassed importance. On the UN forums, the concerns of the many have the opportunity to outweigh the greed or ignorance of the few. If countries continue their harmful agendas, and in so doing threaten the existence of more fragile nations, there may be a need for the UN to impose sanctions or other means to dissuade countries from their agendas.

It is admittedly unlikely that the UN, as it is currently structured, would pursue this radical course of action – and there is no guarantee that any reasonable action could persuade an uncooperative country to adopt a sustainable agenda. Recent rhetoric at the UN by middle-income countries such as Vietnam and Nigeria show hope that the UN structure is evolving, however.

Coupled with Secretary-General Ban Ki-moon’s continuing commitment to solving the pressing environmental problems, the UN stands in a position to increase its international influence and become a more balanced and less fettered institution – capable of voicing concerns and passing legislation that would be impossible in national forums.

What Has Become of Pol Pot’s Regime?Crisis in China: Online Child Trafficking
Scroll to top