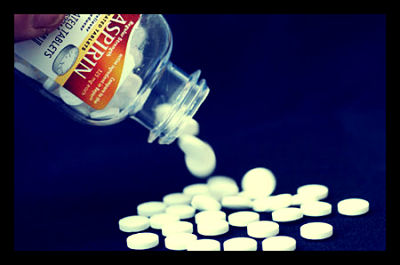 Aspirin is a synthetic compound used medicinally to relieve mild or chronic pain and to reduce fever and inflammation. Many people use it when they feel ill, feverish, nauseous, or all of the above. However, researchers have also found another crucial use for the common over-the-counter pill. According to Nancy R. Cook, Associate Biostatistician at Brigham and Women’s Hospital and professor at Harvard Medical School, a low dose of aspirin may serve as protection against colon cancer.

Cook’s study was based on “a long-term trial in a large group of women, who have been underrepresented in studies on this topic.” According to official reports, “The study included nearly 40,000 women, 45 and older, who were part of the Women’s Health Study.” About 34,000 participated in a follow-up study. Researchers followed the women for up to 18 years from the start of the study. The research has also found that aspirin has preventative properties against other diseases, such as melanoma. Each of the study’s participants was required to take a 100mg dose of aspirin every other day.

During the first ten years, researchers failed to link aspirin to a cancer cure – let alone to a colon cancer cure. However, when researchers passed the 10 year mark, aspirin was highly associated to colon cancer treatments. According to official reports, “study participants who reported aspirin use after being diagnosed with colorectal cancer had a 29% lower risk of colorectal cancer death and a 21% lower risk of overall death, compared to non-aspirin users.”

In addition, researchers also found that patients taking aspirin after their first diagnosis as positive colon cancer patients had a greater chance of survival. According to WebMD, patients with colon cancer who began regular aspirin use for the first time after diagnosis had a “47% lower risk of colorectal cancer death and 32% lower risk of overall death than nonusers of aspirin.” Moreover, researchers have found that some colorectal cancer tumors may be resistant to aspirin’s effects, while others may be especially susceptible. The researchers found that colon cancers related to Cox-2 positive tumors are more susceptible to aspirin’s cancer-eliminating effects. Today, more research is being planned in regards to cancers dealing with other type of tumors.