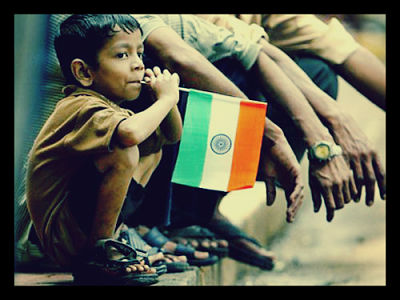 In the past 10 years, India has experienced an economic boom that has put it at the forefront of global economic development. According to Prabhat Patnaik, despite the huge growth of GDP, poverty in India has increased along with the economy.

In 2009, roughly 73% of the population has access to less than 2,100 calories per day. This percentage is up from 64% in 2005 and 58% in 1984. The average citizen in India consumes roughly 160 kg of food grain per year which is down from the 200 kg consumed at the turn of the millennium. The average American consumes 900 kg of food grain per year. Usually, economic growth in western cultures increases the access communities in India have to grain.

Another connection between the West and India is the disparity between GDP and poverty. A similar trend is occurring in the United States as the economy continues to recover and yet the middle class continues to diminish.

Since gaining its independence as a sovereign nation in 1947, India is in its 12th 5-year plan. The economic goal for this plan was a growth rate of roughly 9%. However, as social problems continue to occur and the global economy remains unstable that plan is being reevaluated. The government does however still intend to decrease poverty 2% each year with a final cut of 10% to poverty. To do this, it is possible India will have to devote a higher percentage of GDP to social welfare.