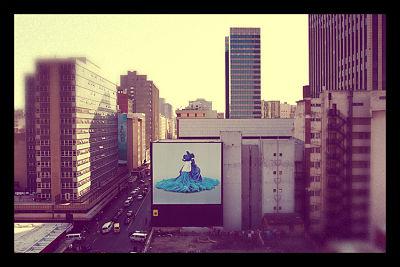 Achieving a sustainable and high-valued life stems from more than just meeting one’s basic needs. In developing countries, it is often believed that the poorer classes don’t have time to spend on things such as art, music, and fun. Lesley Perkes, a native of Johannesburg, sees it quite differently.

Perkes is an artist whose goal in life has been to incorporate art in public spaces. Her newest project is to revamp the famous Hillbrow Tower, which was formerly the tallest structure in the southern hemisphere. To date, however, the tower and the area around it have been neglected and left to sit in the dust. The poverty-stricken communities surrounding the tower live in unsanitary and unsafe conditions. This will all change as artists from around the world draft their ideas and submit them to the project.

The whole point is to transform the entire area as well as the tower to reflect a truly public space. Instead of rundown buildings and empty lots, there will be sculptures, bright paintings and signs, and even general improvements to the drains, lamp posts, and sidewalks. With the $5 million that has already been raised for the renovation, Perkes hopes to have enough money to install those basic public amenities as well as fund street performers.

While this project may not feed the bellies of starving children or put money in the bank accounts of struggling parents, the aesthetics of Johannesburg will greatly improve. Seeing creativity and energy put into their community will brighten the moods of those who have become accustomed to the trash-filled parks and dark and dirty streets. This change in scenery and pride in one’s home can have profound effects on the poor and perhaps be the change their community needs.