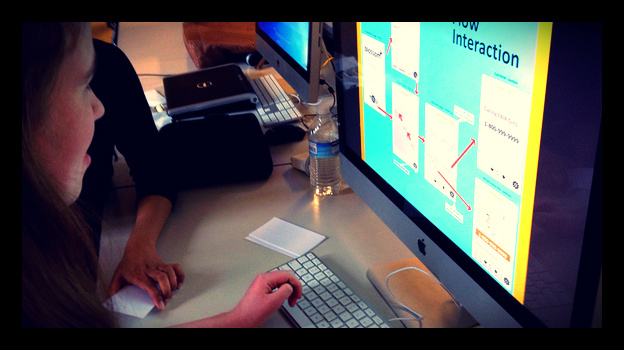 Last month at the International Women’s Hackathon, female university students from around the world in countries such as Brazil, Australia,  Pakistan, and Kenya participated in a focused competition to develop applications that would help combat human trafficking. With technology acting a huge catalyst in carrying out kidnappings and sex trafficking, a new trend has emerged that brings together technology, business, and humanitarian efforts.

At the University of Washington, one of the dozen or so schools participating in the event, students are working on the blueprint of an application called ‘Blossom’. While it is disguised as a lifestyle and pop culture-based app, featuring celebrity gossip and fashion tips, the app will actually allow young girls who are being trafficked to access a chat room and receive help through a hotline number, among other resources.

Some may become skeptical when realizing apps require mobile smartphone access. However, based on presentations and research from the hackathon, the audience these apps are designed for usually have smartphones. Now whether we would like to digest this information with a grain of salt, keep in mind that sex trafficking doesn’t just happen in developing countries. In fact, in 40% of sex trafficking cases undergoing investigation by the Department of Justice from 2008-2010, 83% of the victims were U.S. citizens.

Reverting back to the hackathon, which was sponsored by Microsoft, the event gives females studying computers, technology, and engineering an opportunity to gain a sense of empowerment by coming to understand the profound effect they can have on changing the world. Although they may not be able to go out and capture traffickers directly, their energy, creativity, and knowledge are no doubt going to save lives as these applications are put to the test and developed.

Does Globalization Help or Hurt Women? One World Futbol Spreading the Love of Soccer
Scroll to top