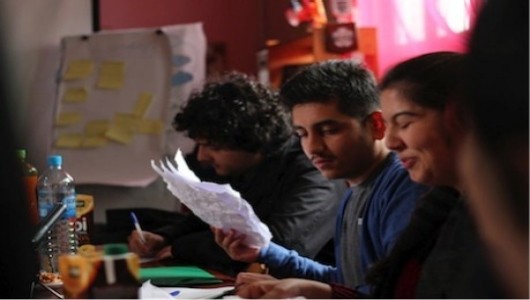 The Roma people are a large ethnic minority living in Europe whose population totals to 10 to 12 million people. Despite the existence of laws aimed at protecting this group of people from discrimination, the Romas experience harsh prejudices. The lack of opportunities to available to them often keeps them below the poverty line. They have low literacy rates, little access to healthcare centers and high rates of hunger.

The countries with the highest percentage of Roma communities are Macedonia, Slovakia, Romania, Serbia, Hungary and Bulgaria. They make up between 7 and 10 percent of the populations of these countries.

Roma people suffer from many health issues, but their access to health insurance is limited. Their cause is further hurt by the high price of healthcare. More than half of Roma households cannot afford prescriptions and about 20 percent say that they have had overnight stays in health centers. (Non-Roma people ranked at 1/3 and about 12 percent, respectively.) Vaccination rates are also low among the Roma, while births outside the hospital are high.

Education is another area where there is a significant lack of support and progress. Because of child marriages, many young girls are taken out of school before they are able to finish. In most of Central and Eastern Europe, about 50 percent of the Roma have, at the very least, a lower secondary education than their non-Roma counterparts. Schools are often ethnically segregated.

The United Nations had a mission to help lower Roma poverty and improve their living conditions. In 2007, the UN opened centers to help the Roma people receive affordable and accessible healthcare and proper education. However, the programs were highly inefficient and slow moving and accomplished little. That is why the UN is out to reinvent the Roma outreach.

After experimenting with three prospective methods in Macedonia to engage the Roma people and to improve their situation, the UN settled on the Roma Centre of the Future.

Using Roma and non-Roma peoples, the centers work to help the Roma people access education, healthcare and other public services. This time, the centers have the skills, knowledge, tools and technology needed to run such an idea efficiently and effectively, with the goal being to reach as many Roma people as possible. The workers help people through complicated paperwork, direct them to opportunities like job trainings and provide useful community programs. There is also a special focus on the elderly, a concentration that did not exist in the earlier programs.

The program is already seeing success. Within the first five months the center reached 820 people, which was more than the old centers used to help in a year! This new, dedicated focus on reaching the needs of the people appears to be working, as the Roma people are seeing the positive effects the centers have on the community and are thus going to these centers for help.

Why is Disability in Africa Increasing? What Does Increased Automation Mean for Laborers?
Scroll to top