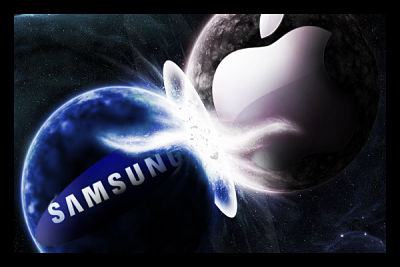 The war rages on. Apple and Samsung are stuck in a legal deadlock over claimed patent infringements. Which side will win and why does it matter?

In 2011, Apple feared pressure from smart phone competitors. It had been the leader in the field for nearly four years, but sales were starting to stall. Many companies, most notably HTC, Motorola and Samsung were making use of the Android operating system to carve their own niche in smart phone technology.

In April of that year, Apple sued Samsung, its largest competitor, with 16 claims of patent infringement. Samsung quickly countered, suing apple for infringing on 10 of its own patents. Ultimately Apple won the battle, but that was not enough.

Flash-forward to today and not much has been resolved. The current claims are flimsy and in today’s world of fast-moving technology and minimalist design, it is difficult to determine when two similar ideas sprung up independently and when one was a blatant copy of the other.

Multibillion dollar companies who claim to care about moving technology forward have become so gridlocked over a few million dollars that the real issues go unnoticed. Apple owns about 19 percent of market share, roughly $57 billion, while Samsung takes about 13 percent, or $39 billion. As of today, Apple is claiming an additional $380 million dollars in damages against Samsung, whereas Samsung is arguing it only owes Apple $52 million.

In context, Apple and Samsung’s market share combined could feed, clothe, and shelter the world’s poor twice over. The cost of their legal expenses alone could provide a small town in a third world country with adequate living conditions.

Patent wars such as these do nothing but stop technology from moving forward. When these types of fights persist over years and prevent growth in the tech sector, it severely hurts global job growth in the industry. That means the world’s poor will stay poor for even longer.

But world poverty is not a concern for either company. Both Apple and Samsung have come under fire in the past for underpaying employees in poor working conditions. This is in contrast to the tech industry’s other giant, Microsoft, whose founder is chairman of the Bill and Melinda Gates foundation, a primary supporter in the fight against global poverty.

It is uncertain what will come of the ongoing lawsuit, but the verdict could have a big impact on the world’s impoverished. If Apple wins, it may snub out more would-be competitors and shrink the market further, stalling global job growth and doing little to impact world poverty.