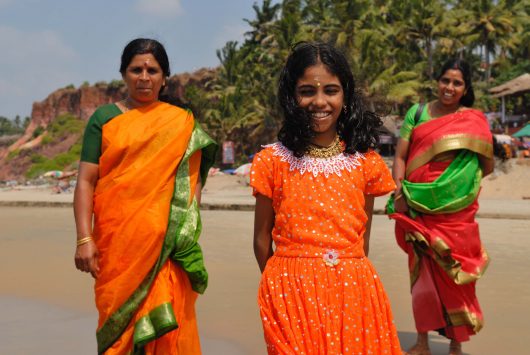 A new app, Girl Power, is helping to track girls in India and Bangladesh, where the rate of child marriage and trafficking have been especially high in the last few decades.

The International Labor Organization (ILO) estimates that 200,000 to 250,000 women and children are trafficked annually to Southeast Asia alone, and more than 1 million children are affected globally every year. West Bengal is a state that accounts for a fifth of India’s 5,466 cases of human trafficking, reported in 2014.

India has the highest number of child brides in the world, according to Girls Not Brides, a nonprofit committed to ending child marriage. It is estimated that 47 percent of girls in India are married before their 18th birthday.

Accenture and the NGO Child in Need Institute (CINI) launched “GPower” in 2015. According to Reuters, it has been used to track over 6,000 families in 20 villages in West Bengal.

“The technology helps us identify the most vulnerable of the girls in minutes,” said Indrani Bhattacharya in an interview with the Thomson Reuters Foundation.

Community workers or teachers within the village are trained to use the tablets provided, which already have the app installed. The app requires the user to answer a set of questions on health, nutrition, protection and education, which help to determine the vulnerability of the respondent.

The questionnaire takes approximately 30 minutes to complete, and analysis of the answers takes place in a matter of minutes. Using the information collected, community workers can decide whether or not girls are appropriate candidates for counseling, vocational training or government welfare schemes. The community workers register all details for each girl between the ages of 10 and 19 in a given village.

So far, GPower has helped save 200 girls from trafficking or becoming a victim of child marriage across 20 villages in Bangladesh and India. It is likely that the app will continue to a have a positive impact, as India is the world’s second-biggest market for mobile phones, with more than 1 billion users. Apps, from weather reports to health services, are gaining a lot of popularity among rural communities.

“The problem in India is one of scale – there is only so much that an NGO can do in terms of reach,” said Sanjay Podder, managing director at Accenture Labs in Bengaluru. “To address social problems, technology is not just nice to have, it is necessary.”