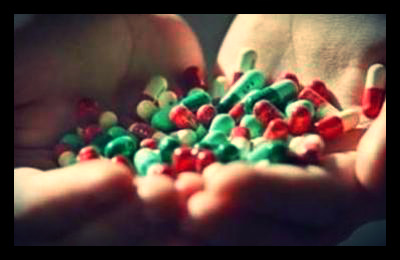 The threat of antibiotic resistance is once again in the spotlight. Professor Jeremy Farrar, the new head of Britain’s biggest medical research charity warns again of the dangers of antibiotic abuse.

Reports from Chicago are showing the effects of Farrar’s warnings. The largest outbreak of a very specific and very dangerous bacterium in the U.S. has been linked to a procedure performed at a north suburban hospital last year. 44 cases of a strain of bacteria called “carbapenem-resistant enterobacteriaceae” or CRE were identified by the Center for Disease Control (CDC) and Prevention.

The main problem with resistant bugs is their high transmission. Alex Kallen, an infectious diseases doctor who served as the supervisor of the CDC investigation, has stated that most of the patients screened had the bacteria in their digestive track, but not the disease.

The most common infection the bacteria causes is a urinatry tract infection, but if that infection gets to the bloodstream, the patient has a 40 to 50 percent chance of dying, making the bug extraordinarily dangerous.

Simple bugs that reside in the stomach like E. coli and Klebsiella, now require carbapenems, a powerful antibiotic, often used as a last resort, to be treated. In South Africa, an extraordinarily powerful strain of tuberculosis that is virtually untreatable has been popping up around the world. Called XDR-TB, it requires eight different medicines a day, including a shot, and tens of thousands of dollars to treat.

Many individuals who are exposed to these diseases do not have the means to be treated, and as a result, usually are resigned to a bleak fate. However, Professor Greg Hussey of the Institute of Infectious Diseases and Molecular Medicine at UCT believes that the key is in immunization.

“The only solution to defeating TB is to prevent the disease from occurring,” He said. “As with any infectious disease, effective vaccines are of critical importance.”

Professor Farrar has called for the industry to be given incentives to work on antibiotics and research on infectious diseases and greater restrictions placed on access to these medicines.

Professor Dame Sally Davies who, described antibiotic resistance as a “ticking time bomb,” has argued that in up to 20 years, routine operations could become deadly if people lose the ability to fight infection. This will pose exceptionally large problems for cancer treatments or organ transplants where patients are exceptionally susceptible to infections.

“If we don’t take action, then we may all be back in an almost 19th century environment.” Dame Sally said.

Pharmaceutical companies, she said, are discouraged to develop new drugs because the manufacture of antibiotics is not viewed as profitable. Antibiotics usually are only used for a week or two when they’re needed, and even then, they have a limited life span because of the development of resistance. However, drugs for high blood pressure or diabetes, for example, which patients use every day, have much larger markets and therefore receive more funding.

Dame Sally urges politicians to treat the threat as seriously as the superbug MRSA, an antibiotic resistant form of the common staph infection. She also blames the overuse in animal husbandry, agriculture and fish farming for the current antibiotic epidemic.

The problem arises because while no new classes of antibiotics have been introduced since 1987, new pathogens have been emerging every year. The Chief Medical Officer said antimicrobial resistance was to be put on the government’s national risk register of civil emergencies, which provides guidance for things such as terrorist attacks, pandemic flu and major flooding.