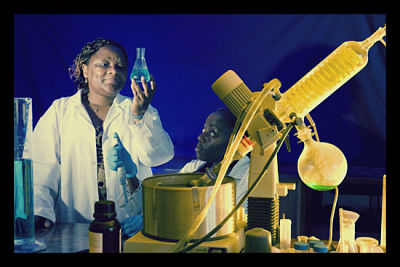 In this rapidly changing world, language continues to dictate relations. English speaking countries tend to display their close bond with one another, France shows affinity towards its former francophone colonies, and now, for the past decade, a growth in relations between Brazil and other lusophone African countries, such as Angola and Mozambique, has developed.

Linguistic ties are not all that bind Brazil with many African countries. While sharing a range of historical and cultural similarities, Brazil has sought relations with African states to strengthen its connection to the continent.

These relations began in the 1970s and grew more ambitious in the early 2000s. Starting in 2003 with the government of Luiz Inacio Lula da Silva, Brazil continues to invest in its relationship with African states, ranging from science and technology, to culture.

Despite boasting the 8th largest GDP in the world, Brazil is still considered a developing country due to enormous income disparities. Even with reductions in poverty during Lula’s Presidency, extreme poverty remains an issue.

Yet historical and cultural relations continue to make Brazil’s poverty reduction efforts stand out amongst other Latin American nations. It is this difference that Patrice Clédjo, professor at the University of Abomey-Calavi, points to as the difference between Brazil’s collaboration with African states and the traditional Western partnership. “Brazil’s cooperation with and aid to Africa is linked initially to a geopolitical ambition and economic interest, but also to the strong historical links and affinities with countries in Africa, relationships other emerging nations do not have with Africa,” states Clédjo.

With $9 billion in trade over the last decade, Harvard Professor Calestous Juma,  states embassies are vital to this trade. With 37 embassies out of 54 countries on the African continent, Brazil has combined diplomacy with scientific advancement.

Over time, Brazil has started to pinpoint health as a main focus of these scientific exchanges. One example of this exchange is the Brazilian foundation Fiocruz and its coordination in developing a Postgraduate Health Sciences program in Maputo, Mozambique. In order to accomplish this, Fiocruz has been working with the Mozambican National Health Institute to build capacity. In this example, post grad students in Maputo have an African and Brazilian supervisor and will later carry out an internship in Brazil.

With such partnering between countries, Brazil seems to be gaining both diplomatic and economic strength on the continent. As Brazil collaborates to develop facets of African industry, it is becoming an integral part of their economic independence.