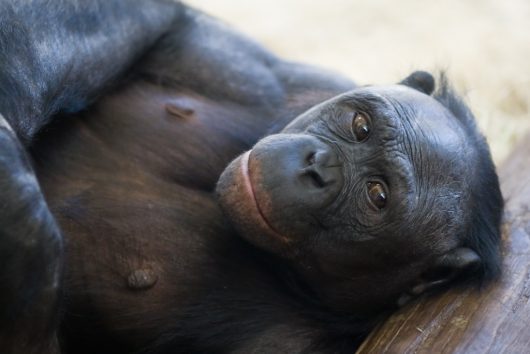 On May 18th, the non-governmental organization (NGO) Village Enterprise announced that it would be forming a coalition with the African Wildlife Foundation as part of its ‘graduation program’ in the Democratic Republic of Congo. The new partnership will focus on alleviating poverty in the DRC while simultaneously conserving the Bonobo population in the area.

Bonobos are a type of great ape that can only be found in the DRC and are the closest living biological relatives to the human species. They are known for their peaceful lifestyles and female-led societies; unfortunately, Bonobos are currently endangered and on the brink of extinction.

You may be wondering, what does alleviating poverty in the DRC have to do with the endangerment of Bonobos? Surprisingly, quite a bit. The reason Village Enterprise and the African Wildlife Foundation decided to cooperate on this issue is because the alleviation of poverty in the DRC may very well be a saving grace for the Bonobo population.

The primary threat to Bonobos’ survival is poaching. As of 2018, 90 percent of the people living in the DRC can only afford to eat one meal per day; as a result, many people turn to hunting wild animals for food. Even though it is technically illegal to hunt Bonobos under current DRC law, many are so desperate that they are willing to do whatever it takes to keep from starving to death.

Impoverished people have also taken to selling Bonobo meat in the marketplace. As they are increasingly rare, Bonobo meat is becoming increasingly more valuable, meaning people who are in a tough financial situation may find law-breaking and Bonobo extinction worth the risk if it means providing for their families.

Since there are so few Bonobos already — and they have a relatively slow reproduction rate of 4-5 years — the population is decreasing rapidly and will continue to do so if economic conditions in the DRC remain the same.

The new partnership hopes to get to the root of the issue by utilizing Village Enterprise’s expertise in entrepreneurship to train the African Wildlife Foundation how to successfully start businesses throughout the DRC. In a press release detailing the goals for the new alliance, Village Enterprise stated that it expects the African Wildlife Foundation to open 240 new businesses by the program’s end.

If this strategy works as planned, the increased employment opportunities — and subsequent economic stimulation — would mean that approximately 720 less households would live in extreme poverty (surviving on $1.90 or less per day). Alleviating poverty in the DRC could mean creating less of a need to hunt Bonobos to sell or feed one’s family.

Sixty-three percent of the DRC’s population currently lives below the poverty line, making it the poorest country in the entire world. The Congolese people are in desperate need of an intervention such as that done by the Village Enterprise and the African Wildlife Foundation. Though the preservation of Bonobos is undoubtedly important, this program will hopefully have a much broader effect: providing relief to a country in crisis.