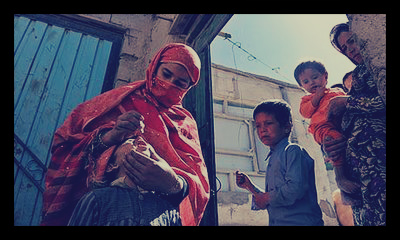 The Red Cross is warning that a growing number of Afghan civilians are being deprived of medical care because of increasing violence throughout the country, just days after two aid workers were killed in an unprovoked attack.

A group from the Afghan Red Crescent was driving a mobile clinic in a northern province of Afghanistan when the group – including a pharmacist, doctor, and vaccination worker – was attacked by two men with firearms. The Red Crescent said that the route had been used previously and was never considered dangerous for aid workers.

Although the Red Cross has maintained a presence in Afghanistan for the last 25 years and has pledged to remain after the U.S. military presence withdrawals in 2014. Increased fighting in various regions has severely limited the organization’s capacity to reach Afghans in need of medical care.

The Red Cross stated that roadblocks, roadside bombs, and random attacks on civilians are making it increasingly difficult for aid workers and doctors to travel to civilians in need of medical attention in rural areas, and are also stopping those in need from traveling to doctors and hospitals as well. In addition, the aid organization asserted that as NATO and U.S. troops withdrew from the country, “dwindling international attention” will drive resources and healthcare away from Afghan civilians.