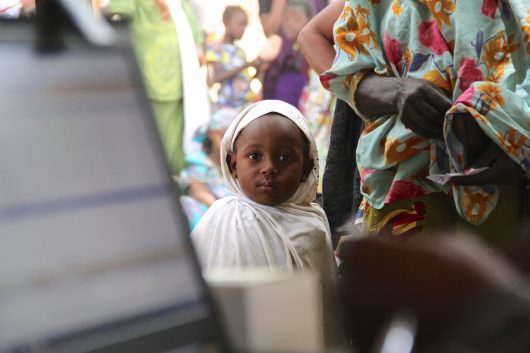 Our world is currently facing the most profound refugee crisis in history. Terrorism, war and corruption in the Middle East and Africa are causing mass migration to Europe. According to the BBC, the Syrian civil war alone has forced upwards of 4.5 million civilians to abandon their homes.

The countries accepting the majority of refugees and migrants are among the poorest in the world. According to a report released on July 18 by Oxfam International, the six countries harboring the most refugees and asylum seekers represent just 1.9 percent of the cumulative global GDP. Not surprisingly, these countries include Jordan, Turkey and Lebanon, nations that all share borders with Syria.

Oxfam believes that the wealthiest countries “should do much more to help the world’s most vulnerable people.” According to its report, the six wealthiest nations in the world (the U.S., China, Japan, Germany, the U.K. and France) have accepted only 2,119,264 refugees and asylum seekers, compared to the 11,932,244 accepted by the world’s six top receivers.

The Washington Post published an article describing the lack of aid from wealthy nations neighboring the Persian Gulf. According to the article, Saudi Arabia, the United Arab Emirates, Kuwait, Qatar, Oman and Bahrain have not accepted any Syrian refugees.

In its report, Oxfam outlined a number of steps that wealthier nations could take in order to help refugees and asylum seekers. These initiatives include resettling refugees and enacting humanitarian visas. Oxfam believes that while foreign aid from wealthy nations is extremely helpful, it does not act as a substitute for accepting more refugees.

On September 19, the UN held its first ever Summit on Large Movements of Refugees and Migrants in New York. Oxfam urges member states to join the fight to eradicate poverty by accepting refugees during this international crisis.

10 Facts You Need to Know About Malaria Reducing Hunger in Burma: A Collective Effort
Scroll to top