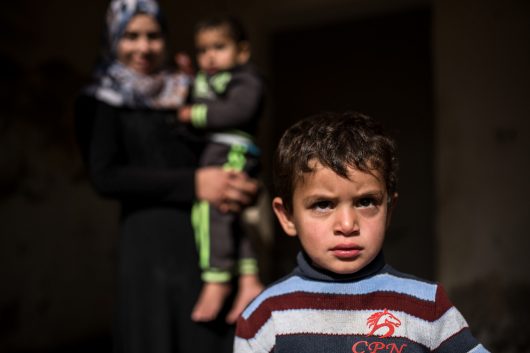 Earlier this month, the United Nations and other NGO partners called for $4.63 billion in aid for Syrian refugees in neighboring countries. This is in addition to the $3.4 billion needed to aid the living conditions of the 13.5 million people still in Syria.

While Aleppo has fallen silent and numbers fleeing en masse to Europe have waned, those who have watched this crisis unfold should not believe its end is anytime soon. Filippo Grandi, the U.N. High Commissioner for Refugees, said on this matter, “I hope that everybody realizes that the Syrian refugee crisis has not gone away and continues [to] be a tragic situation for millions of Syrians.”

Syria will experience the sixth anniversary of its war in March, comparable to the length of World War II. Should peace suddenly come today, the humanitarian need in Syria would “continue for a good time to come,” according to U.N. Emergency Relief Coordinator Stephen O’Brien.

The majority of Syrian refugees fall below the poverty line, meaning that basic necessities such as food, shelter, and healthcare are a severe struggle to find. Women and children make up 70 percent of this population, and half of all school-age children are unable to attend school.

While the U.N.’s appeal is primarily for refugee aid, a portion of the funds will also go towards the communities and countries hosting these people, specifically those in Turkey, Lebanon, Jordan, Iraq and Egypt. The communities in neighboring countries that the Syrian refugees call home are also usually impoverished and in need of their own assistance.

Grandi also said in regards to the assistance, “The international community must send a clear message that it stands with them and provides the urgently needed support.”

This aid sends it loud and clear.