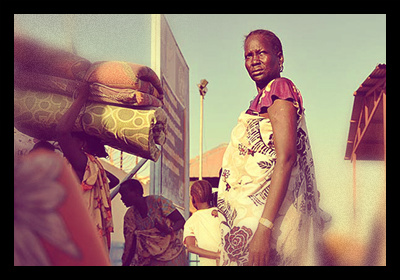 In South Sudan, 3.7 million people are at high risk of starvation, one million of which were forced from their homes by the ongoing ethnic based violence between the Dinka and the Nuer. Many have resorted to eating grass, roots and other foliage in the desperate attempt to survive, some of which can do more harm than good. Humanitarian aid during this crisis has been road blocked by a number of factors, preventing much needed food from getting to the mouths of the hungry.

According to the Associated Press, due to the tightening of governmental control over United Nations vehicles since March, road deliveries of food and other aid have increased in cost by 25%, with checkpoints charging up to $10,000, on top of the ever-present threat of theft, soldier harassment and violence.

Air drops are three times the expense of road deliveries and they consume too much of the already constrained UN budget. USA Today states that although $1.27 billion was requested to deal with this crisis, only about one third has been raised.

Despite these barriers, the UN World Food Programme (WFP) has so far sent more than 72,000 metric tons of food throughout South Sudan this year.

Moreover, the United States provides nearly $68 million to the WFP, UNICEF, NGOs and the International Organization for Migration. The total assistance given by USAID and State funding to alleviate this crisis is about $143 million as of May. This funding provides 13,500 tons of food aid and also helps support health, nutrition, refugee placement as well as assistance in agriculture.

With thousands of people killed, one million refugees displaced, and the difficulty of getting the right amount of aid to those who need it, the already dire hunger situation will be exasperated by the fact that farmers cannot plant crops which will lead to famine. The UN, helped by funds from numerous countries including the U.S., is trying to prevent this worse case scenario from becoming a reality, but they are doing so amid a volatile and precarious battle.

As refugees in South Sudan turn to eating grass in the attempt to survive and quell the ache in their bellies, humanitarian aid organizations continue to try to navigate through the barriers, the violence and the lack of sufficient funding in order to help those in need.

The hope is that this conflict will find resolution soon, before it becomes increasingly difficult for that aid to be sustained in the long term.