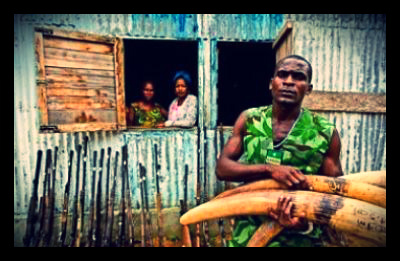 At a meeting hosted by the Zoological Society of London, four African leaders vowed their countries would prohibit the sale of ivory for 10 years.

Prince Charles and The Duke of Cambridge also attended the gathering, which sought to “find new ways to protect animals and reduce demand for wildlife products,” according to BBC News.

The leaders of Gabon, Chad, Botswana and Tanzania said, “they will not act on an option to sell from their ivory stockpiles, in an effort to protect elephants.”

The ivory trade involves the poaching of animals such as elephants and rhinos for their ivory tusks. The BBC claims most of the practice takes place in Africa to satisfy the large demand from Asia.

The organization also claims that wildlife crime is worth $19 billion per year and is as dangerous as other black forms of illegal trade.

But why do people join the black market for ivory in the first place? The WWF suggests that people in many countries gained an interest in a “variety of seafoods, leather goods, timbers, medicinal ingredients and textiles.”

However, this only explains the demand side of an ivory transaction. By understanding the context of the African nations involved in the ivory trade, it is clear that people slaughter animals for reasons other than simply trying to be evil.

Thus, the WWF also believes that “extreme poverty means some people see wildlife as valuable barter for trade.” As a result, individuals exploit the corruption and weak judicial systems in their poor homelands that enable the illegal trade of ivory.

In other words, those who are involved in the killings of defenseless rhinos and elephants for their ivory are simply trying to survive. If the international community wishes to see and end to the ivory trade, it needs to provide more aid to African nations struggling with poverty.