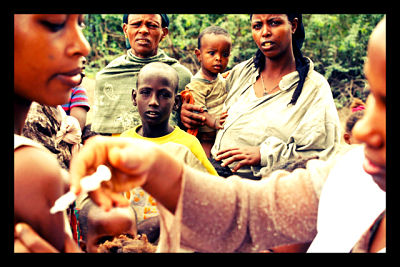 In 2001, when African leaders met in Abuja, Nigeria and each pledged to take measures to halt the spread of HIV, tuberculosis (TB) and malaria in addition to increasing their country’s funding for health to at least 15% of their annual budget. This pledge provided hope for many that a turning point in Africa’s history- a point where the continent would be able to emerge from decades of watching the potential of the citizens, communities, and countries be stunted by disease.

But, pledges do not pay doctors, nurses or community workers, they do not buy medicines, and they do not keep the lights running in hospitals.

In July, the leaders of Africa will gather once again in Abuja, Nigeria, to review progress made on HIV, TB and malaria and discuss the state of the continent’s health.

We hope that as Africa’s health reaches a critical crossroads, the African leaders use this opportunity to follow through with their commitments with concrete action and plans for the future that include effective monitoring of the implementation at country level.

There has undoubtedly been progress. A handful of African countries have reached the 15% target, with 27 African countries having increased their domestic investments in health. The U.N. Millennium Development Goals have catalyzed improvements on development across countries. Due to international investments channeled through the Global Fund to Fight AIDs, Tuberculosis and Malaria, we are now at a point where we can see the end of all three diseases.

However, Africa is still behind on reaching the U.N.’s goals related to improving maternal health and reducing child mortality, while our progress on the goal of fighting HIV/AIDS, TB and malaria and other diseases is uncertain as the Global Fund looks to raise $15 billion to continue its life-saving work for the next three years.

Leaders can no longer look back on the 2001 Abuja Declaration and pat themselves on the back. It is crucial that they only look forward to the work that must be done, and turn pledges and promises into action and resources.

The leaders today will write the history of tomorrow, and they must keep the trust of the citizens who elected them to power. It’s not just promises at stake; it is the lives of millions of people.

Sources: ONE, WHO
Photo: Belinda Otas