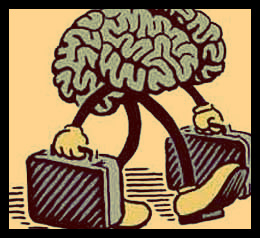 The encouraging news is that, overall, African students who study abroad are returning to Africa for many reasons. The “Brain Drain”, when students go elsewhere to study and never return, has been a serious problem all over the continent with students attending universities in the United States and Europe and staying there to work.

As of late, more and more students are returning to their home countries because of the growing number of opportunities for young businessmen and women to make a profit and a difference. The changing trend is not to be strictly attributed to a sense of duty. Instead, business sense and entrepreneurship fuel the change. A greater retention of the best-educated scholars could lead to new businesses, job creation, social change and a higher level of government efficiency- all changes that would be welcomed throughout many sub-Saharan countries.

As seen in many international aid programs, the most successful projects are those in which the local community is invested and involved. The growing return rate of students aids the “local” aspect and also leads to business growth as well.