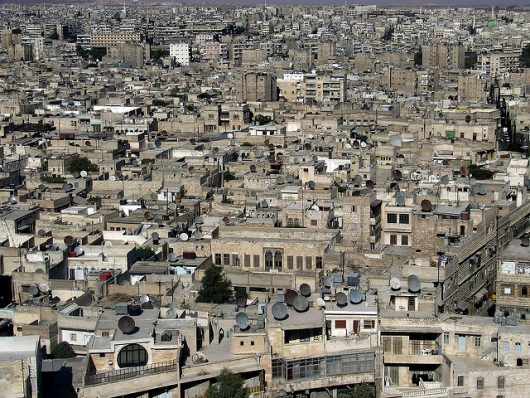 Syria has now been in conflict for six years, and it is becoming the world’s largest humanitarian catastrophe. Syria is in ruins, and people stuck in the war zone need humanitarian assistance. UNHCR is working 24/7 to help newly displaced people arriving daily to the Ein Issa camp, but almost 50,000 people are still trapped inside Raqqa. This is why additional U.S. aid for Syrians caught in the middle of the war is needed in the field and will help mitigate the impact of the war on the communities in the region.

The U.S. State Department announced that additional humanitarian aid will be provided to civilians stuck in the war zone. Almost $700 million will be provided, which raises the total amount of U.S. aid for Syrians to more than $7 billion since 2012.

This announcement shows the commitment of the American people and the U.S. government to support critical humanitarian needs. U.S. aid for Syrians caught in the war will provide food, clean water, shelter and medical care to the almost 14 million people in the country who need it.

According to the U.N., since 2011 almost 400,000 Syrians have lost their lives and 5 million have fled the country, while 6.3 million people are displaced inside the country. The crisis has no end for now, even with the news that ISIS is on its heels but will not surrender, preferring to fight to the death. Even with his allies, Syrian President Bashar al-Assad is very limited in his rule, the Islamic State is losing ground and the country is exhausted from fighting. But still, the Syrian war drags on.

Aid for the Syrian people will be divided among the organizations and agencies assisting Syrian refugees in the country and elsewhere. Part of the funding will also go to Syria’s neighbors, Lebanon, Jordan, Turkey, Iraq and Egypt, who are taking in some of the refugees.

The day before the announcement, there was a gathering of the world leaders at the U.N. General Assembly. Additional aid for the Syrians and the six-year-long conflict was a central part of the discussion, where the urgent need for safe passage for the humanitarian convoys was highlighted.

Additional U.S. aid for Syrians reflects the commitment of the government to help and ease the suffering of Syrians caught in the war, ultimately saving lives. This additional aid is also supporting the operations of the United Nations and other international and non-governmental organizations.

UNHCR Syria is the organization’s largest refugee assistance operation in the world. This organization provides assistance to the internally displaced, supporting refugees across the region. UNICEF implements child and youth protection and health programs and neighbors are also involved.

U.S. aid for Syrians trapped in the war zone is crucial, being the largest single donor to the humanitarian response. The U.S. provides critical relief supplies and protection for children, women, people with disabilities and the elderly.

Due to a shortage of funds, non-government organizations are facing many challenges. The additional aid for Syrians in the war zone will bring them critical help, hope for a safe future and the message from the world that they are not alone and forgotten.