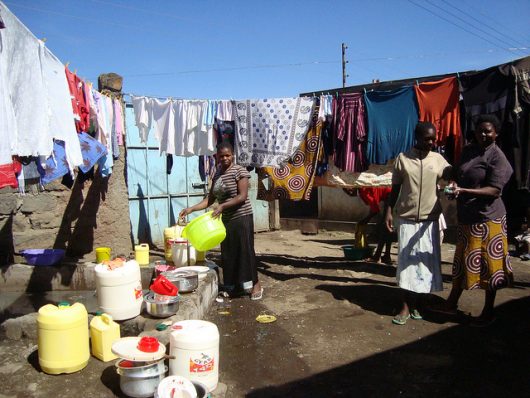 Areas lacking access to clean, effective toilets lead to open defecation. Waterways become polluted, thereby perpetuating diarrheal diseases. Around 288,000 children lose their lives annually to these preventable conditions. At that rate, about 41 deaths can be prevented every hour.

UNICEF and LIXIL will begin their work in Kenya, Ethiopia and Tanzania. Supplementing LIXIL’s initiative of building more toilets, UNICEF will take advantage of its presence in these countries to run educational campaigns as well as collaborate with communities that lack access to proper toilets. They will reach out to other countries in need when more fundraising campaigns provide them with the means to do so.

“Outreach will focus mainly on rural parts of the country,” Andrés Franco, UNICEF’s deputy director of Private Sector Engagement according to a Fast Company article.

The deliberate focus of achieving sanitation goals in rural communities is necessary for eradicating outdated ideas of sanitation, as “cultural circumstances and barriers to behavior change in a community” according to Franco, are difficult to overcome. In fact, once communities understand prioritizing sanitation infrastructure for the health of the community, it is not guaranteed that they will even possess the necessary resources to implement the change.

UNICEF’s partnership with LIXIL is key to delivering these rural communities with the needed materials. LIXIL typically produces high-end toilets, but it has also developed a more affordable line of toilets called SaTo, short for “safe toilets”. These toilets function independently of a sanitation infrastructure so that they do not require extensive construction in the community before usage. What they do require is only half a cup of water to rinse after each use. They also feature a self-sealing trap door that removes odor and flies. The simple and affordable design accommodates easy installation.

With funding from the Gates Foundation, SaTo has also been able to release toilets into circulation across Asia and Africa thereby helping 6 million people. It has sold around 1.8 million toilets in 15 countries since its product’s release in 2013. Specifically for the targeted countries of Kenya, Ethiopia and Tanzania, LIXIL is deliberating with the communities the appropriate models for them. For these three countries, LIXIL will provide the funds for hundreds of thousands of SaTo units.

“By working together and going community by community, we’re going to be able to address the issue much better than we were able to before, by working independently off individual company targets and just hoping for the best, that our product was reaching people in need,” says Jim Montesano, chief public affairs officer at LIXIL, acknowledging the benefits of working with UNICEF’s network and global credibility.

Although UNICEF and LIXIL’s collaboration is attempting to achieve specifically SDG 6 regarding sanitation goals in rural communities, its success will translate to the success of other Sustainable Development Goals too.

Beyond the sector of health, lack of sanitation often interferes with girls’ regular education when matters such as periods cannot be properly attended to during school. By addressing the sanitation issue for 250 million people, UNICEF and LIXIL will make a dent beyond just the number.

By accelerating these sanitation goals, the partnership will facilitate the achievement of many other goals by 2030. It will be able to impart reasonable and sustainable solutions to organizations for problems such as this global sanitation crisis.