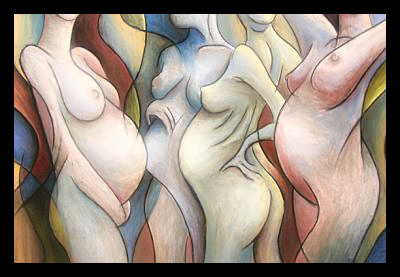 The following are the five worst places for a person to be born. Determining studies focused on criteria such as economics, crime rates, and health standards.

The country of Nigeria, located in West Africa, is by far the most populated country on the continent of Africa, and is considered the worst country in the world in which to be born. Accordingly, the birth rate in Nigeria is significantly higher than the death rate. (In 2006, the WHO estimated that 42 percent of the population was between the ages of 0-14 and 54 percent was between the ages of 15-65.) Life expectancy is about 47 years old. Nigeria is the only country in Africa to have not completely eradicated polio, as well.

Kenya is a country located in East Africa, and is the second worst place in the world to be born. In 2011, the WHO estimated that a mere 42 percent of births were attended by a qualified health specialist, and that there are approximately 44 deaths per every 1,000 infants born. Life expectancy is at the low number of 55 years. In 2009, the WHO also estimated that 6.3 percent of Kenya’s entire adult population was living with HIV/AIDS.

Ukraine is an Eastern European country bordering Russia. This independent territory is the third worst place in the world to be born. In 2008, the UN estimated that the country’s growth rate was only 5 percent, and that if conditions did not improve, the population could fall by 10 million by the year 2025. Ukraine also faces issues such as high death rates, low birth rates, and illnesses such as HIV/AIDS and high blood pressure.

The country of Bangladesh is a republic located in South Asia and is the fourth worst place to be born in modern times. Malnutrition, among other health issues, has long plagued Bangladesh. In fact, the World Bank has ranked Bangladesh as the number one area in the world for children to suffer from malnutrition. Vast majorities of the population are undernourished, underweight, anemic, and growth stunted.

The Republic of Angola is a southern African territory and is known as the fifth worst place to be born. Angola has suffered extensive periods of economic hardships due to nearly twenty-seven years of civil war. Due to long periods of constant battle, Angola has also proved to be quite dangerous for its natives. The life expectancy is also very low, averaging at 52 years.