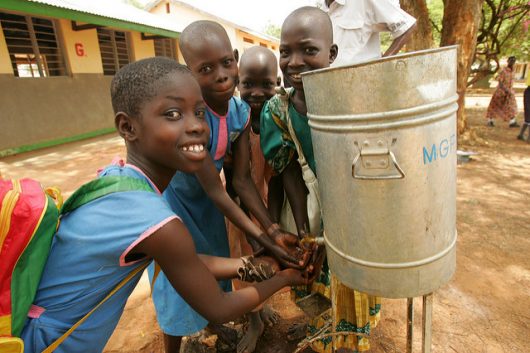 More than three billion people live in poverty today and depend on natural resources for survival. Gradual changes in average climate conditions severely impact impoverished nations; however, unforeseeable variabilities in climate are of particular concern. Climate unequally affects vulnerable populations and lessens their capacity for adaptation to particular climate factors. Their lack of technological and financial resources, as well as their dependence on agricultural resources, hinder their ability to withstand some climate factors that impact developed countries at a lesser scale. While all societies have to adapt to the multifaceted challenges posed by climate, poor countries are at a particular disadvantage, notably with respect to the following five climate factors:

1. Natural Disasters
Natural disasters stimulate poverty and prevent the alleviation of existing poverty. Poor nations are more exposed to natural disasters and are at a higher risk of losing a majority of their assets and income. It is much more difficult for impoverished nations to recover from a disaster and they typically receive much less support. Depending on the fragile infrastructure, agricultural resources, and ecosystem incomes increase a nation’s vulnerability to natural disasters.

4. Rain
Although rain and access to water are necessary for successful agriculture, too much rain and flooding can completely wipe out a season’s crop yield. Poorer nations often lack the ability to predict an expected rainfall, which can turn into overwatering or drowning of crops. Any loss in crop yield affects more than just economic instability as it almost always leads to an even greater risk of undernutrition.

5. Air pollution
Food production in developing nations is directly affected by the high emissions of pollutants. While the impact varies from crop to crop and region to region, the overarching negative impacts are irrefutable. High emissions decline crop yields in and of itself, but increased pollutants also interact with fertilization and greenhouse gases. Air pollution also negatively affects health; 800,000 out of the annual two million child deaths are from respiratory infections, which are caused by indoor air pollution.

All of the above climate factors are deeply embedded with the successes and failures of impoverished people. Climate unequally affects vulnerable populations in many ways; however, the encouraging news is that economic development, poverty reduction, better infrastructure and increased access to healthcare have the potential to compensate for the effects of climate.

What is Genocide? Addressing the Taiwan Poverty Rate
Scroll to top