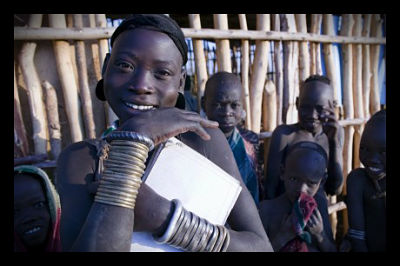 As international development continues in the 21st century, a renewed emphasis on female education has risen to the spotlight. Here are five facts elucidating the immeasurable value of female education:

1. Nearly 78 million girls are currently not receiving a primary or secondary education. Half of them live in Sub-Saharan Africa, while another quarter lives in South Asia.

3. On average, a girl with a basic education will earn 20% more than her non-educated counterparts.

4. A girl with a basic education is three times less likely to contract HIV. Additionally, she is 50 percent more likely to obtain the proper immunizations for her children.

5. For every ten percent of girls enrolled in school, a country’s GDP rises three percent.

Conflict and Poverty in Eastern CongoChurch and State: How Catholics are Reforming Cuba
Scroll to top