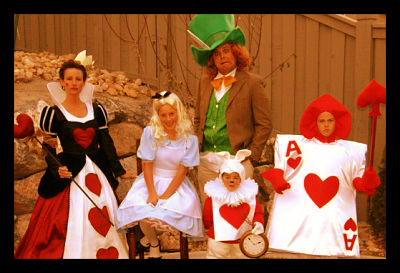 Americans Spend Enough Money on Pumpkins to Donate Over 200,000 Heifers to Needy Communities… And other scary Halloween cost comparisons:

1. Americans spend around $330 million per year on costumes… for their pets. Not only is this roughly the annual GDP for Micronesia, but it also represents the full amount of funds requested by the Millennium Challenge Corporation to support its work in Ghana for 2013. The MCC is a bilateral U.S. foreign aid agency established by Congress in 2004 that provides grants to country-led initiatives to combat global poverty. The funds for Ghana work to address the country’s inadequate and faulty energy supply and create new jobs within the energy sector.

2. In 2012, the average American spent $28.65 on a costume. For $3.65 less than that, one could make a loan through Kiva and help an entrepreneur in the developing world–anywhere from Liberia to Peru to Azerbaijan–to create opportunities for themselves and their community. And unlike the money channeled into that pirate costume, 99 percent of Kiva loans are repaid and can be re-donated to another person in need.

3. Just in the few weeks leading up to October 31, Americans spend  $2.4 billion on sweets alone. This is half of the World Food Program’s total annual budget, used to reach 100 million people in need every year. More people die from hunger than AIDS, tuberculosis, and malaria combined.

4. Halloween expenses extend beyond just costume and candy, however. Americans also pour $106 million into pumpkins per year. Were that money instead channeled into the aid organization Heifer International, it could buy 212,000 heifers, providing nourishment for hundreds of thousands of hungry people. Heifers also boost family incomes through the sale of extra milk and contribute to better crops through the fertilizer created. The positive impacts touch entire communities.

5. Finally, Americans are projected to spend a grand total of $8 billion on Halloween this year. That same amount of money would be enough to reach all 66 million hungry school age children on the planet, as estimated by the World Food Program, and cover the $5.1 billion in humanitarian aid the UN has requested to help resolve the Syrian refugee crisis–which may end up being the biggest refugee crisis the world has ever seen. More than 2.1 million Syrians are believed to have already fled their home country since March 2011, putting massive economic strains on neighboring countries.

It also bears noting that Halloween isn’t even America’s largest holiday in terms of sales–in fact, it doesn’t even crack the top five. Halloween, which Americans pour $8 billion into, is only the country’s eighth biggest holiday.

The True Price of An ATM Fee A Man with a Powerful Voice: Elie Wiesel
Scroll to top