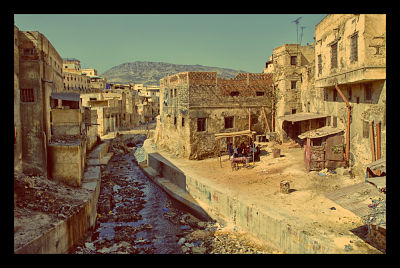 Malaria is the result of an infection that is transmitted by mosquito bites. The parasite, once it enters the bloodstream, travels and infects blood cells. Symptoms range from simple chills to a life threatening coma.

The first and most prevalent symptom is a fever, accompanied by chills, headache, muscle pain, nausea, and sweating. While these are common symptoms for many different illnesses, including the flu, and any other viral or bacterial infection, it is also indicative of malaria. Since these are ordinary side effects, they are often the most ignored. A slight fever could be neglected with the thought that it’s “just a fever,” while in truth it’s an indicator of malaria.

More severe than the fever and chills is jaundice, which is the inflammation of the liver. Jaundice is accompanied by yellowing of the skin, and the eyes, which is a result of high levels of the bilirubin in the blood. Jaundice can be the result of many other illnesses, including cancer, or hepatitis. Jaundice is, however, one of the most obvious symptoms of malaria.  In the case of malaria, it is a symptom that can only be treated along with the illness. Because jaundice needs to be treated immediately, diagnostic tests are conducted to determine the exact cause of the jaundice, and in this process, malaria could possibly be identified.

Seizures are another side effect of malaria. Some seizures are unidentifiable, as they result in “staring spells,” while others are accompanied by spasms, convulsions, or shaking of the body. Seizures are hard to identify immediately with malaria, but only immediate medical attention can help determine exactly what is causing the seizures.

Anemia may also point to malaria, especially in areas where malnutrition is high, as this can be a result. Anemia is the condition in which there are not enough red blood cells in the body. This can be due to any kind of a dietary deficiency, so it’s hard to attribute this just to malaria.

Finally, comas are an extremely obvious symptom of malaria. Comas can also be a result of anything; for a coma to come about, the patient has to have exhibited other symptoms first. Similar to the other side effects, comas are not exclusively associated with malaria. They can be a result of many other illnesses, and nothing but a proper diagnostic test can help determine whether it is truly caused by malaria.

In all these cases, a diagnostic test normally consists of a blood test to determine whether there are any bacterial, viral, or fungal infections in the blood. Normally, malaria is easily identifiable in these blood tests, and treatment can begin immediately. In areas without proper healthcare, however, this diagnosis and treatment process can take long, and that is why prevention is the first step in defeating malaria.