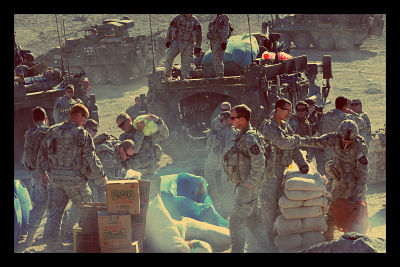 Foreign aid bills are easily overlooked amidst domestic policy issues that the general public perceives to have more immediate impact on everyday life in the United States. However, foreign aid, as well as fostering international community, often has vast domestic economic benefits. Following are four senate and house bills that seek to provide valuable foreign aid but also have vast potential to benefit the citizens of the United States.

1. S. 718: Increasing American Jobs Through Greater Exports to Africa Act of 2013 – This bill, sponsored by Senator Richard Durbin of Illinois, was introduced in April of this year. The bill aims to increase U.S. exports to Africa by 200 percent within the next ten years. The bill is a testament to the economic benefits foreign aid has both domestically and abroad. If passed, S.718 will create jobs in the United States by promoting development in impoverished African communities.

2. S. 1545: PEPFAR Stewardship and Oversight Act of 2013 – This bill, introduced in September, is sponsored by Senator Robert Menendez of New Jersey. It is an amendment to the U.S. Leadership Against HIV/AIDS, Tuberculosis and Malaria Act of 2003. If passed, the bill will implement several measures to more effectively combat global HIV/AIDS, especially among orphans and other children.

3. S. 960: Syria Transition Support Act of 2013 – This bill, introduced in May, is also sponsored by Senator Menendez. If passed, the bill will take several measures to foster stability in war-torn Syria. Among these are ensuring proper medical care for civilians and encouraging international humanitarian assistance. The bill is primarily concerned with providing much needed aid to innocent women and children victims of the civil war.

4. H.R. 3212: Sean and David Goldman International Child Abduction Prevention and Return Act of 2013 –This bill, introduced in September, is sponsored by Representative Christopher Smith of New Jersey. If passed, the bill will require the Secretary of State to produce an annual report on international child abduction. It would coordinate with foreign governments to provide assistance for parents seeking to resolve abduction cases.

The progress of these bills may be easily tracked at GovTrack.us, as well as Congress’s official website.