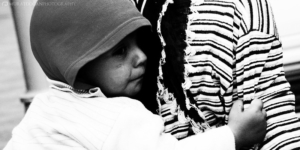 With the passing of World Cancer Day on February 4, many people may be thinking about loved ones who have been affected by the disease. It is remarkable that cancer is still such a problem in the 21st century as so many diseases have been beaten to this point.

70 percent of the world’s cancer deaths come from Africa, Asia, and Central and South America:

According to Dr. Christopher Wild, the World Health Organization’s (WHO) cancer agency director, in these areas “the access to cancer services is not as good as in high income countries.” As might be expected medical treatment just is not as advanced in those areas and the money is not there to provide for those services. Also, awareness about the potential for prevention is low and information is not available to the populace.
The total annual economic cost of cancer was estimated to be $1.16 trillion in 2010:
This shows the enormous challenge that the world faces in the fight against cancer, but particularly the developing countries. There is little hope for these poorer nations to keep up with such a large burden. This figure points to the importance of disease prevention education in developing countries to have a hope of bringing this figure down.

The cancer burden in developing countries is predicted to double by 2030:

After doubling in the last 25 years, the rate of cancerous diseases in these countries is set to double again in the next quarter-century. This points to larger problems of pollution and malnutrition for people living in poverty in these growing markets. The impending burden could also potentially tie up their economies in fighting this issue, again pointing to the importance of education on fatal illnesses in these areas.

This directly addresses the concerns of the WHO and the need for more investment in cancer prevention. The need for these plans is glaring, as seen by the growth of cases in these areas and the projections that are facing the developing world.

Cancer is obviously a major issue throughout the world. As hard as the fights are here in the developed world, few in poor countries are ever afforded a fighting chance. While the fight against this issue should obviously be high on the domestic agenda, the money afforded to the foreign budget is unaffected by domestic decisions. Thus, the fight against cancer should be placed as a premium for foreign policy as well.