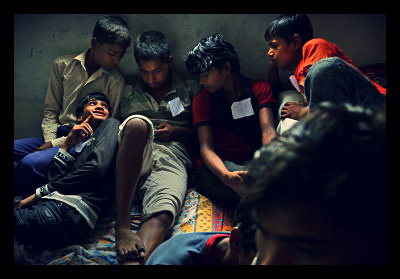 Slavery is a global problem that is currently on the rise. It is defined as “owning another person such as child marriages and human trafficking among others” says Reuters. Recent studies have shown that out of the world’s 7 billion people, 30 million people are living in slavery across the globe. These studies have also shown that most of these 30 million people are women and children who fall victims to sex trafficking networks. According to surveys held by the Walk Free Foundation, 10 countries out of 162 accounted for more than 70% of the world’s slavery. The 10 countries which make up more than 70% of the world’s slavery include Pakistan, Nigeria, Russia, the Democratic Republic of Congo as well as rising nations such as China and India.

However, the West African Nation of Mauritania is known to have one of the highest proportion of slaves in the world.  Reports estimate that there are “around 140,000 to 160,000 enslaved people in Mauritania” (Reuters.com). That is around 10% of the population in that nation alone. Despite this, reports have found that there is much higher amounts of enslaved people in other nations.   According to npr.org, India has been reported to have the most slaves. India is known to  have between 13.3 million and 13.7 million enslaved people. China is also not far behind. China’s enslaved population ranges from 2.8 to 3.1 million people. Pakistan recently moved up to third place on the list due to it’s large enslaved population which ranges from 2 to 2.2 million (npr.org). In these nations, slaves face poor working conditions, extreme gender differences, and extreme poverty (CNN.com).

Despite these worrisome reports, other nations have also reported a decrease in slavery. Britain and Ireland have been ranked as the “nations with the fewest slaves” (npr.org). UN officials have opted to use the cases of Ireland and Britain as models to provide a solution for slavery. Unfortunately, the United States is not ranked in the list of nations with the least amount of slavery. According to UN reports, the United States has been ranked as the 134th nation with the least amount of slavery. Hopefully,  these new studies will help eradicate slavery on a global scale.