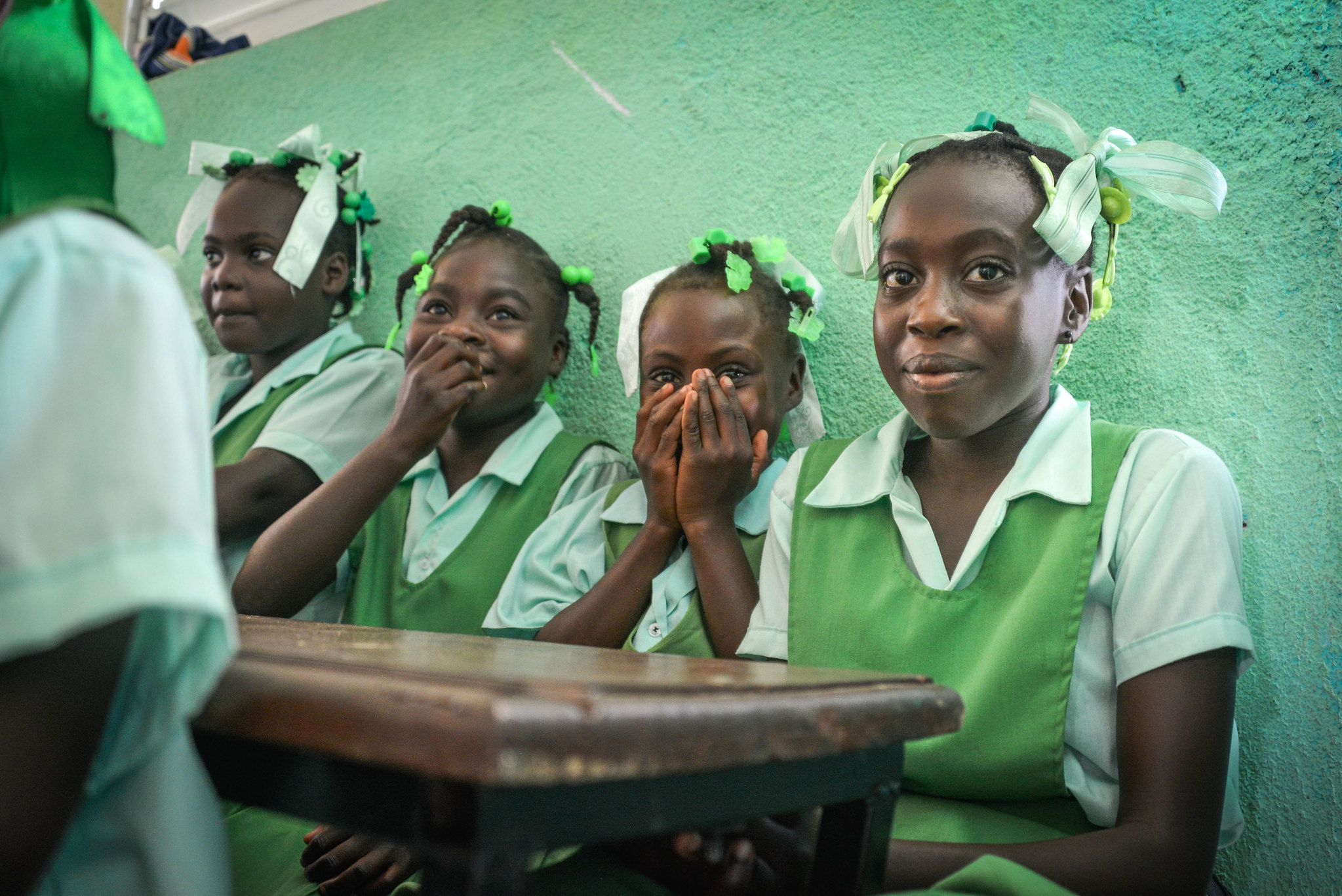 With a population of more than 10 million, Haiti faces high levels of poverty. It is the poorest country in the western hemisphere. More than half of all Haitians live on less than $2 a day and about one fourth live on less than $1.25 a day. However, things are looking up thanks to these nonprofits fighting poverty in Haiti.

Founded in 2007, HFAP originally focused on child sponsorships and providing food for the elderly. However, it expanded and opened an elementary school in Port-au-Prince in 2008. This school brought infections and illnesses to the attention of the organization. As a result, HFAP opened its first medical program in 2009. It trained local nurses and provided the children with needed medications. In 2010, HFAP opened both an orphanage and a women’s job creation program called “Gift of Hope” to fight poverty in Haiti.

HRAP’s founder, Mallery Neptune, runs HOPE House with her husband Frentz. Hope House is an orphanage that looks after and cares for abandoned Haitian children. It provides food, education, medical care, love and attention. HOPE House was originally established as a toddler and infant care center, helping malnourished, wounded or orphaned children recover and return home. HRAP also reaches out to the mothers of these children when possible. They can enroll in Gift of Hope so that these children can return to stronger and healthier families.

Gift of Hope is a program to give mothers in poverty reliable skills and income to help them provide for their children. It currently employs 70 Haitian women, providing them with an income that is “at least three times the minimum wage” in Haiti. It is helping prevent the cycle of poverty by creating jobs that keep the women out of poverty and their kids out of orphanages and off the streets. Gift of Hope also works with local artisans; all purchases on the online shop go toward helping empower women and strengthen families in Haiti.

Julie Colombino founded Rebuild globally when she visited Haiti after the 2010 earthquake to help with disaster relief. The organization has evolved drastically over the years. What started as disaster relief led to education and eventually job training. “The transition came out of necessity as I was learning the truths behind the poverty in Haiti,” Colombino told The Borgen Project. “I learned that education wasn’t just enough to be sustainable in a country like Haiti where the unemployment and under-employment rates were nearly 80 percent.”

Education is necessary, but it does not have as large of an impact on a country if there are no jobs available to provide Haitians with a much-needed income. So, REBUILD globally works to provide both an education and a job to those in need.

The Elèv Education Program provides students with full scholarships to attend school, covering the costs of books, uniforms and tuition. Students not only receive full funding for their education through Elèv but have access to mentoring programs and personalized tutoring. It is still a small program since it sees children all the way through their schooling (most of whom attend university afterward) and gives them a guaranteed job at their for-profit counterpart Deux mains. However, Colombino expressed her desire to reach out to more regions and counties in Haiti. The Elèv program has educated more than 300 students and provided 15,080 hours of tutoring.

The Lavi Job Training Program prepares Haitians for the workplace. With the lack of businesses and available positions, REBUILD globally decided to focus on what it could control and curate. Colombino stated that this allowed the organization to give those in the program “a 100% guarantee…[that] there would be a dignified, living wage job waiting for them.” Since every Haitian enrolled in their job training program is promised a job at Deux mains, the training is very specific to the craftsman’s work within the factory. The program has helped those enrolled see a 92 percent increase in food security and a 53 percent average decrease in debt.

John Engle and Kent Annan founded Haiti Partners in 2009. It helps provide education to Haitians so they can help their country grow and thrive. Engle had moved to Haiti in 1991 and started developing programs then along with their other Haitian and American staff members. The education programs being put to use had been in the works for more than a dozen years prior. Haiti Partners’ goal is to provide a new approach to education as their way of fighting poverty in Haiti.

Haiti Partners opened the Children’s Academy and Learning Center in 2012. It provides both a quality education and a “working model of education-centered community development.” It educates both the children and their parents, who attend adult education classes, community savings and loan groups or contributes to service hours. Haiti Partners seeks to become a model for Haiti’s Ministry of Education and other schools in the country, in hopes of reshaping how Haitians are being educated for the better.

USAID believes that education is necessary “for sustained social and economic development,” which is why it is often a focus of nonprofits. More than 85 percent of the schools in Haiti are run by NGOs and communities. It is no wonder that these nonprofits are fighting poverty in Haiti by improving education.