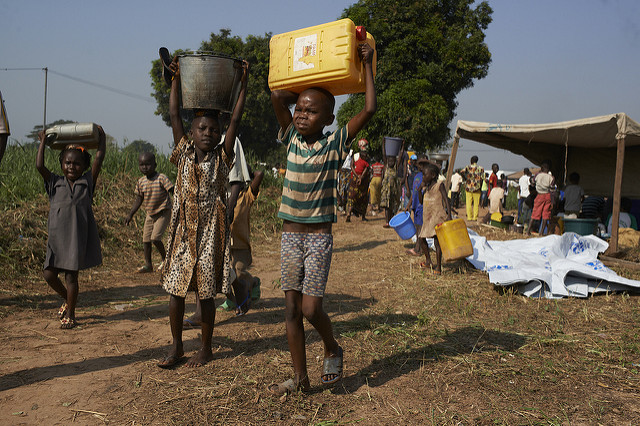 The Central African Republic has been the scene of years of conflicts and violence since 2012, which has left thousands of people without access to clean water. Armed forces decided to use water spots, known as wells, as graves for those who died during the conflicts, leading to the contamination of the water and impacting the health of the population.

Access to clean water has always been a problem in the Central African Republic, but the conflict affecting the region has multiplied the issue and the number of affected people. Around 70 percent of the country’s population suffers from lack of safe drinking water and adequate sanitary conditions, a percentage that translates to around 2.2 million people, according to the global humanitarian organization Concern.

An issue that the country needs to address is the lack of water pipes available and the poor conditions of roads which make it extremely difficult for remote populations to bring water to their community. One solution to this problem was the idea to drill wells, but this requires funds and technical expertise for mechanized drills, that isn’t readily available. Fortunately, Concern found a way to create these wells without the use of mechanized drills. They decided to gather people of the community and have them work together to manually drill the wells. While mechanized drills rely on electricity, these drills, known as “village drills”, are built by the people. Not only is this innovation less financially burdensome, but it is also an efficient way to enable the transportation of water to remote areas.

Concern has been providing aid to Central African Republic communities since May of 2014 and has reached thousands of people so far. Humanitarian organizations such as Concern can become keys actors in finding innovations that can help poor regions. Through their work, they showed that people and societies can be brought to work together, as a community, to help improve their lives.