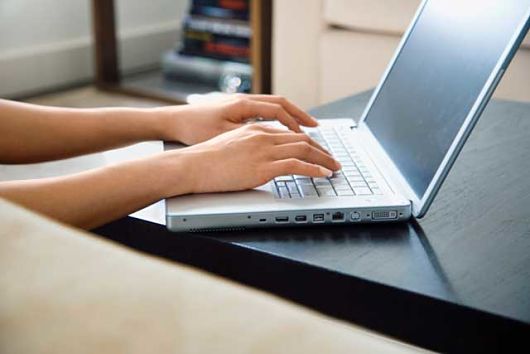 It is the early days, and the 2016 U.S. presidential contest is still anybody’s race — and no one knows for certain what issues will strike a chord with voters next November. Among the multiple issues that have emerged so far in candidates’ stump speeches and ads are those that have become familiar to many Americans: same-sex marriage, campaign finance and tax reform. However, a new presidential race means new perspectives, and several newly relevant issues stand to become crucial in this and future elections. One such issue, injected onto the national stage first by Democratic Governor Martin O’Malley of Maryland, is the concept of Wi-Fi or, more simply, Internet access as a basic human right.

In October 2014, before officially declaring his candidacy for the 2016 U.S. Presidential race, Governor O’Malley boldly stated that “Young people . . . realize that connections to each other are making us better. That Wi-Fi is a human right. That proximity is important to entrepreneurship, access to capital and talent and diversity. There is an opportunity there for us as a nation to embrace that new perspective.”

While the definition of a “human right” is hotly debated, it is generally considered (as outlined in the United Nation’s Universal Declaration of Human Rights) a right possessed inherently by all humans, regardless of position or any extraneous factors, and thus fundamentally inalienable. While Wi-Fi itself was obviously not listed in the U.N.’s Universal Declaration of Human Rights signed in 1948, the U.N. Special Rapporteur did, in 2011, declare that restricting or eliminating Internet access was a human rights violation and against international law — specifically, article 19, paragraph 3 of the International Convenant on Civil and Political Rights. This came in the wake of not only laws passed by the U.K. and France against online copyright infringement but in response to efforts by some war-torn developing nations (such as Syria) to block Internet access in times of civil conflict.

It is estimated that 4.6 billion individuals around the world live without Internet access and, thus, without access to the economic opportunities, democratic principles and education that the Internet can expose. The Internet has over 35 billion pages, and many aspects of human knowledge have been freely enshrined through this medium. Beyond individual benefits, Internet access in developing countries allows connections between nations and provides an influx of technological advancement, including innovations in healthcare that allow doctors to communicate and treat patients across borders. Internet access also allows communication between disaster relief workers and on-the-ground victims, which can result in increased coordination and efficiency on the part of aid organizations.

It is estimated that in developing countries, a 10 percent increase in Internet access can result in an increase of up to 2.5 percent in GDP, and increase global employment rate by close to 1.5 percent. Beyond the quantifiable benefits that Internet access injects in society, it has become a fundamental sphere of interaction that all members of society deserve to access. It is arguable that, without access to Internet, it becomes almost impossible to participate in many aspects of the modern world. The founder of the World Wide Web himself argued that “Given the many ways the web is crucial to our lives and our work, disconnection is a form of deprivation of liberty.” However, some experts have questions about what the inclusion of Internet as a fundamental human right would entail. Would electricity then have to be included as a human right? And how would this technology – relatively new, and only recently regarded as something other than a luxury – compare with other basic human needs, such as water, food and shelter?

Despite controversy and skepticism surrounding the concept of Wi-Fi as a human right, Governor O’Malley has injected an important and timely issue into the national discourse and has effectively expanded the debate around human rights to include uniquely modern, 21st century issues that will only become more important throughout the 2010s.