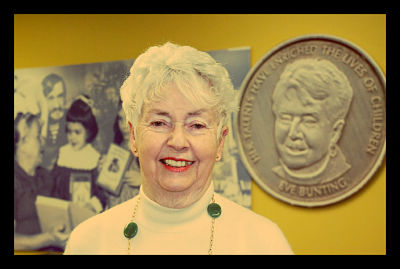 Literary fiction is an imitation of reality that bears directly on our everyday world.  Examining literature can be used as an insightful method of dealing with material that traditionally evokes social or political debate.  It allows the author to illustrate ideas and arouse emotions in a way that reaches beyond preconceived assumptions and beliefs.

Children’s books, in particular, “contribute to the formation of culture, and some books can even transform the way children look at and relate to the world.”  It is the children’s interactions with the text that help them “construct beliefs within their social world.”

Below is a list of 10 children’s and young adult books addressing poverty in an array of themes.

This book involves a single white father and his son who are homeless and must live in an airport, jumping from terminal to terminal trying not to be noticed.

This book involves a homeless single mother and son who live in a cardboard house they built.

3. The Quiltmaker’s Journey by Jeff Brumbeau

This is a prequel to The Quiltmaker’s Gift.  It involves a privileged young girl who discovers that the world outside is a very different place, but realizes that she has the ability to help those less fortunate.

This book is about a young boy and his family, who earn a living by hunting through garbage for anything they can utilize or sell.

This story is about a young girl and her mother who had to leave home and move to America after her father passed away.  The girl’s mother cannot find a stable job and they are left homeless, forced to live in their car.

This book is about an African-American farmer named Joseph, who finds and abandoned Mexican baby on an L.A. street and decides to raise the baby as his own.

This story is about a poor Cambodian girl who saves her money to buy a bird, on which she makes a wish for her family’s future.

This book involves two young Pakistani girls living in a refugee camp.  After relief workers bring used clothing to the camp, one of the girls finds a sandal that fits her, but discovers that another girl has the matching shoe.  They decide to share the sandals and develop a deep friendship in the process.

This book originally won a Newbery Honor in 1945 and has been in print ever since.  It involves a young Polish girl living in America, who is made fun of by her classmates because she wears the same dress every day.  When the girl is pulled out of school one day, her classmates begin to feel bad for ridiculing her and one in particular makes the decision that she is “never going to stand by and say nothing again.”

The main character in this story is a young girl who lives in a small African village.  Her family is too poor to buy her a uniform and books so that she can attend school.  One day, the girl receives a goat as a gift, which gives milk that she can sell and change her future.