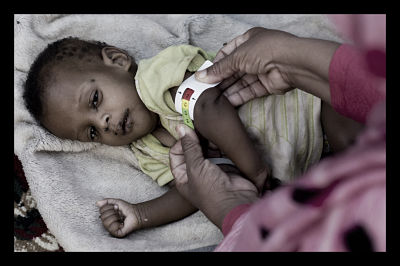 Below are 10 interesting facts about poverty and malnutrition.

2. According to The United Nations Food and Agriculture Organization, it is estimated that nearly 870 million people of the 7.1 billion people in the world – or one in eight – were suffering from chronic undernourishment in 2010-2012.

3. Poverty and malnutrition have a direct link – poverty is the main and principal cause of malnutrition. The World Bank estimated that in 2008 that there were about 1.35 million poor people in developing countries who live on $1.25 a day or less.

4. In addition to poverty, the other main causes of malnutrition are harmful economic systems, war and conflict and climate change.

5. The countries with the highest rates of malnutrition also have the lowest economic indicators.

6. Children are the most vulnerable victims of malnutrition.  Poor nutrition plays a role in at least half of the 10.9 million child deaths each year.

7. Mothers who lack access to proper nutrients bear malnourished children. These children face greater challenges in their ability to learn and thrive. They are more susceptible to illness and disease. Their compromised opportunities for healthy development and mental and physical agility usually means the cycle of poverty continues.

8. In another link between poverty and malnutrition, the WHO reports that one out of three people in developing countries are affected by vitamin and mineral deficiencies.

9. The world produces enough food to feed everyone. The real problem is that many people in the world do not have sufficient land to grow or income to purchase enough food. Poverty and malnutrition can create a self-sustaining cycle where there is never enough security or stability for recovery of health or economic development.