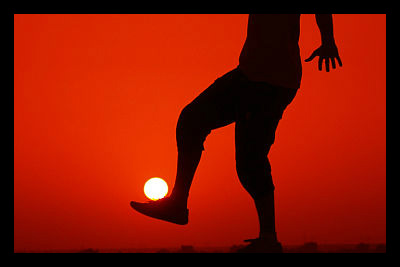 1. Mogadishu is the capital of Somalia

Forty-three percent of the population lives in extreme poverty. It is the nation’s largest city with an area of 640 sq. miles. The population of the city is unknown – this is due to the fact that it was too dangerous to even conduct a census in the past – but it is currently estimated at around 1.5 to 3 million people. Seventy-three percent of the overall population lives on less than US$2 per day, according to the 2002 UNDP/World Bank Socioeconomic Survey.

2. The city was under the socialist rule of the Somali Democratic after a military coup in 1969

Major General Mohamed Siad Barre acted as a ruthless dictator (and attempted to force his ideology of “Scientific Socialism”) in the country up until his overthrow in 1991. These events led to the beginning of a civil war, which increased the amount of poverty in the country. This lack of governmental authority “plunged the country into lawlessness and clan warfare.” A significant separation between citizens of the country began to emerge.

Often referred to as Black Hawk Down/Day of the Rangers, this battle was fought between Somali militiamen, who claimed loyalty to the self-proclaimed president (Mohamed Farrah Aidid), and United States forces aided by UNISOM II; 315 were killed and 812 were wounded. The battle resulted in a tactical United States victory, and a strategic Somali victory. This battle inspired the book and film Black Hawk Down.

4. A transitional government was set up in 2000

Abdulkassim Salat Hassan was appointed as president. However, a deal to set up a new parliament wasn’t signed until 2004.

5. Millions of people are returning to Mogadishu after leaving due to violence during war years

As of July 2012, there have been about 63,000 returns to the city. Though these returns are wonderful news for the country of Somalia, only about 10,000 skilled workers returned to Mogadishu. This is in addition to the 20,000 who were in the city during the war. Unfortunately, this number is much too small. Because of this inadequacy, the Transitional Federal Government (TFG) is calling for the creation of vocational training schools.

6. The city is undergoing some positive changes

One of the biggest reasons for such changes is streetlights. Courtesy of a project funded by the Norwegian and British governments, bright streetlights have been installed along two main roads through the city. The lights are Chinese-manufactured and solar-powered. As of May 2013, 10 miles of road have been illuminated due to this effort. Abdi Mahamed Adow, the man in charge of this $400,000 project said that they “are planning many more.” Though an explosion in July destroyed three of the lights, it did not deter the installation of more. “We intend to put a light on every street,” said Benadir administration spokesman Mohamed Yusuf Osman.

7. According to UNICEF, there are at least 5,000 homeless children within the city of Mogadishu

These children are between the ages of seven and sixteen, and the majority of them are boys. They sleep in the street or in abandoned buildings. Due to the long history of war in the country, the city is mostly in ruins, and this is where these children make their homes. As forgotten victims of the violence and famine in Somalia, homeless children have been subjected to drug use, diseases, and sexual violence. All of these things threaten social stability in the country. In order to acquire the essentials for survival, street children perform small jobs like car washing and shoe shining. Many others collect items found in the ruins or pieces of old qat (a stimulant drug made from a plant called khat) to sell to addicts in the area.

8. Somalia has one of the lowest enrollment rates in the world

More men are enrolled in educational programs than women (12 – 36 percent for males in comparison to 7 – 24 percent for females). This educational gender gap increases as one reaches higher education. In fact, the literacy rate for women aged 15-24 is only 25 percent.

9. One of the biggest social problems in Mogadishu is lack of education for those living in poverty

Fifty-year-old Abukar Ismail has been a teacher for 15 years and is currently employed at the Mamur School in Waberi district. He desires improvements in the government’s involvement with education, as well as equal access for all Somalis. “Families living in poverty have become a forgotten part of our society because they do not have advocates to work on their behalf to ameliorate their children’s lack of education,” he said.

10. With the creation of First Somali Bank – the first fully functioning bank in the country – the city is beginning to rebuild its economy

After an issue with the bank’s former governor Abdusalam Omer, who resigned after a United Nations monitoring group accused him of mismanaging the government’s money, Yussur Abrar was named as the country’s first female central bank governor. This event is a major breakthrough in terms of female empowerment in Mogadishu.