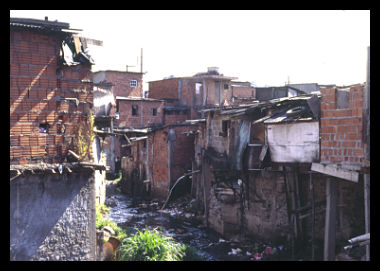 São Paulo is a city left in the remnants of an economic development model that is contributing to a lot of the poverty in the city. The housing available for the impoverished citizens is run down and now over-populated. The conditions of the slums and favelas of São Paolo have worsened over time; however, conditions are beginning to show improvement.

São Paulo is one of Brazil’s most populated cities. It represents around six percent of Brazil’s total population with over 10 million residents. Unfortunately, Brazil has had a bad past when trying to house all of these residents equally and fairly. In general, the principal housing option for the poor is to build-it-yourself or the purchase of a house in an informal settlement.

The dimensions of São Paulo’s housing problem demand attention and resources from both the federal and state government, but in recent years, the São Paulo government has become more attuned to long-term slum and favela upgrading. With the government playing an active role with aid from a global alliance, Cities Alliance, the city has been able to focus on improving the conditions of the slums and favelas.

In 2006, the São Paulo Municipal Housing Secretariat created management information system that is now able to track that status of favelas and other sites that need improvement. In 2008, Cities Alliance hosted high-ranking officials from other major cities to discuss the challenge of slum upgrading.

The legal steps involved in establishing a clear land title are hazy. There are also issues with squatters, people who occupy buildings without having lawful permission to do so. Landowners are worried that if they build, their buildings will become filled with squatters who will provide no compensation.

There is a change happening for the good in São Paulo. There is general agreement in São Paulo that the communities within these slums must band together and help turn things around. It is not just the government that can help. With community leaders that act as mediators that advocate for the community stepping up, São Paulo will continue to improve its housing conditions.